The partnership between VMware and AWS is expanding!  You probably have already heard about VMware Cloud on AWS.  This is a service offering that lets you run 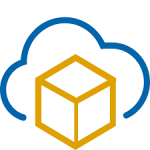 VMware vSphere on Amazon bare metal.  You can run this as a stand-alone environment or make it an extension of your on-premises datacenter.

VMware and Amazon made some announcements this week that expanded upon that offering.

VMware Site Recovery is a Disaster Recovery as a Service (DRaaS) offering that can help accelerate and simplify your DR processes.  The major use cases for this are:

There has certainly been a lot of interest in using AWS to host VMware infrastructure.  This expansion is very timely and will certainly help customers on the east cost of the U.S.!